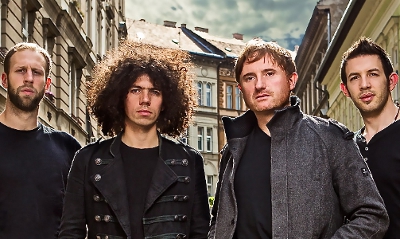 British Christian rock band Superhero have confirmed dates for the Spring 2013 leg of their 'Battle For Your Soul Tour'. The band will play more than 10 dates around the UK starting in Newcastle-Upon Tyne on 9th February.

The band have toured extensively throughout the UK, Europe and the United States, having toured with bands like Delirious, Skillet, DecembeRadio and supported the likes of Switchfoot and Third Day.

"In February and March of 2013, the 'Battle for your Soul' Tour continues in the UK with 12 dates now confirmed", says ChristianTickets.

"The music will be be Big, the message will be bold, you will get sweaty and you may lose your shoes! But it might just be the night that you remember for the rest of your life. Get a ticket, in fact, get 2! This tour is advancing towards a city near you this spring."

Following the Spring tour, Superhero will perform at the UK's Big Church Day Out 2013 event in West Sussex on 25th May.