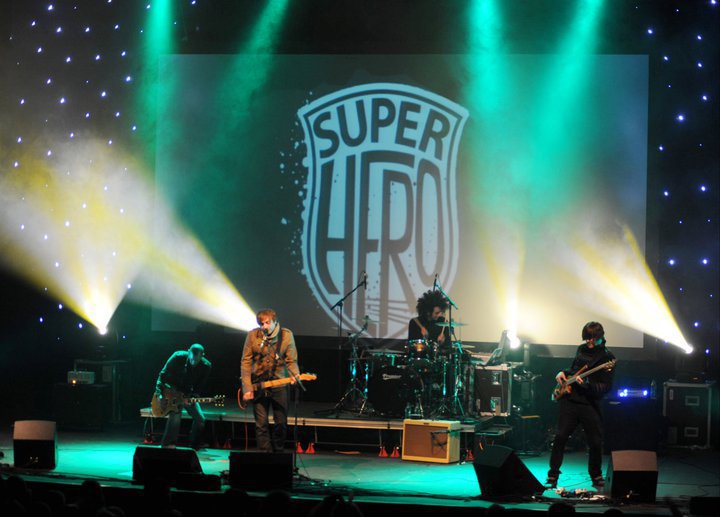 Superhero have confirmed the dates for their UK Tour. The British rock band begin the tour in Scotland on 7th September, with dates throughout the UK in November and early December.

During the tour the band will be performing tracks from their third album, 'Things We Need For The Journey', released earlier this year. Superhero have recently signed a record deal with Elevation Records for the UK and Europe and are also close to signing a deal with an American label after receiving two offers.

Superhero will also be taking the tour to Hungary in September for five days and then to Estonia for a week at the start of October. During October the band will also be flying out to Canada for two weeks touring with Christian DJ, Andy Hunter.