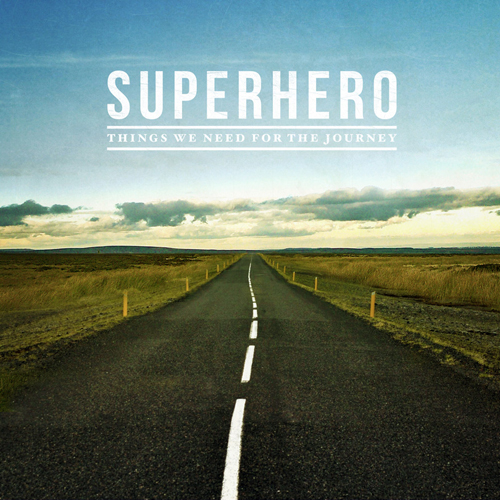 British rock band Superhero have released their brand new album, 'Things We Need For The Journey'. The ten track album, which can be downloaded from iTunes now, includes first single 'We Did Not Forget' which will be accompanied by a music video later this month.

The band have been taking their Battle For Your Soul Tour around the country this year, with dates also planned for Central and Eastern Europe and the US. "This tour is and has always been about reaching people with the message that Jesus is the way to God, it's all about proclaiming that this is what we believe", explains lead singer Tim Cheshire.

"We believe that there is only one way, one road, one truth and one life. That is Jesus Christ. Accept Him as Lord and Saviour and God accepts you as His child. Simple message really, no need to water it down or try and make it more politically correct. If you don't like it that's fine, but this is what we believe and this is what we will be declaring at these events."

'Things We Need For The Journey' is the follow up to Superhero's 2009 release, 'The Bicycle Thieves'. The band also released 'Fake Lunar Landing' in 2006 and have toured with bands like Delirious?, Skillet and DecembeRadio.