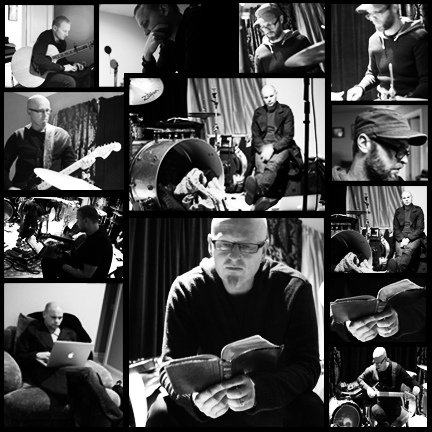 One Sonic Society have announced that the release of their debut EP 'One' has been delayed until 15th June 2010. The band's first ever release had been due out today, 11th May, but has been delayed due to what the band have described as "some exciting industry developments". 'One' is intended to be the first in a three part 'Red-Green-Blue (RGB)' series of EPs planned for 2010. The second EP 'Sonic' will be released in the Summer with a third EP 'Society' planned for later in 2010.

The band are made up of former Delirious? members Stu G (guitars) and Jon Thatcher (bass) plus renowned songwriter, and winner of the 2010 'Producer Of The Year' Dove Award, Jason Ingram (vocals/guitars), and Paul Mabury (drums). In a recent interview with LouderThanTheMusic, Stu G also revealed plans for a future live album: "Our plan is to release three EPs (we’re just finishing our second) and off the back of some live events, make a live recording compiling the EPs together. So this will all happen over the next year."

On their website, the band also reveal plans for a monthly concert in the US. "Each month for six months, One Sonic Society will take residency at a small venue in Music City, Tennessee. The night will contain music, art and freedom of thought. It will be an environment to connect with the Creator. An environment where the question is valued more than the answer, the beginning more important than the end."

Two tracks from the 'One' EP are currently being streamed on the band's website, which also features resources such as lyrics, charts and instructional videos.