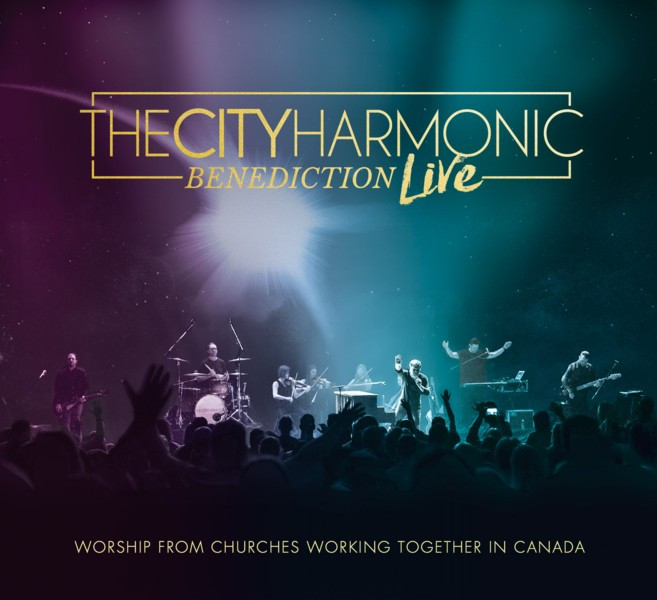 Award-winning worship band The City Harmonic comes full circle with its first live album, Benediction Live: Worship from Churches Working Together in Canada, releasing independently June 23 with management, marketing and distribution through The Fuel Music and with support from FACTOR. The 14-track album was recorded April 29, 2017 in the town where it all started for the band, Hamilton, Ontario, and celebrates the songs and unifying worship movement that became a soundtrack for worshippers around the globe.

The City Harmonic fans are encouraged to preorder Benediction Live now through the band’s PledgeMusic campaign. The band’s final new song, “Honestly,” is available for immediate download with each preorder. This crowd-funding campaign also offers the opportunity for pledgers to receive all kinds of memorabilia, including hand-written lyrics from the band, signed CDs, tee shirts and posters, a commemorative plaque, and even instruments the band used on stage and in videos through the years.

From a crucible of small churches of various denominations in Hamilton calling themselves TrueCity, the heart and line-up of The City Harmonic was fused through the sweat, joy and tears of urban mission. Grappling with the struggle of everyday people and writing songs for worship fueled by a “together for the good of the city” ethos, The City Harmonic returned to its roots to record its fourth and final album, Benediction Live, meant to be both a blessing and a sending, not an end.


“A benediction isn’t a goodbye--It’s a blessing, a ‘sending.’ At the end of every worship service, a pastor will often say something that’s known as a Benediction. It’s not a parting thought, it’s a way of sending us out into the world to be the church -- the hands and feet of Jesus to a hurting world,” says The City Harmonic’s Elias Dummer (lead vocals, keys).

“Even as we gathered with so many friends and family the night that we recorded Benediction Live, there was this incredible sense of the vitality of the work of Christ. Why? Because hundreds of students had been out getting their hands dirty in mission all day!” continues Elias. “These weren’t just songs we sang, these were declarations of what God had been doing through us all day. That’s what this whole thing is about!”

In addition to “Honestly,” Benediction Live also includes The City Harmonic’s “Manifesto,” “Praise The Lord,” “Holy (Wedding Day),” “Mountaintop,” “A City On A Hill,” “I Am” and more of the band’s best-loved modern worship anthems of longing, hope and celebration.

“Singing these songs of worship at the top of our lungs together was an incredible, full-circle moment for me,” recalls Elias. “The same worship and missions event I had helped to start well over a decade ago [CrossCulture, which is part of the wider TrueCity movement] was not only still going, but was part of our last show in Canada.

“There was this awesome moment as the crowd raised their hands in prayer to bless us as we step forward in faith, and there we were with all our families, blessing the folks with us there to continue being the church in powerful ways,” adds Elias. “Local churches working together in our hometown--the kingdom at work--is what brought us together in the first place, and to have many of those same people sending us onward into a new season was incredible.” 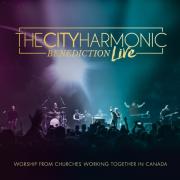 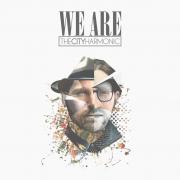 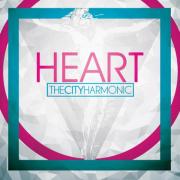