Get 'The Bicycle Thieves'

The album starts off with "Cool Police" this track drags you into the vibe and feel of the album with its intersting and observational lyrics on the culture we live in and how we're all made to have the same view and "sit on the fence", what a great start to any album.The album takes a sudden turn to the less rocky side, and more power anthem with "Emergenza", "The Bicycle Thieves" & "El Nino State" all beautiful songs, that you could easily relax and unwind in, this all takes a large turn when the chorus kicks in with an anthems sounding vibe that wouldn't be out of place being sung by thousands at a festival over the summer.

Tim Cheshire's vocals in "El Nino State" are beautiful,this album seems to have let Tim be more creative with his voice and it shows that he has pushed his vocals to some different places, and doesnt holding anything back. "The Great & The Good" has a very modern pop rock feel, its a mix between Scouting For Girls & The Hoosiers.

This then leads me to Superhero's most provocative lyrics in any of their songs, "Delta.Pa" which lead to discussing the issues of people more interested in being against each other in the church family while picking up on small issues but should instead be loving each other, which could then maybe help to change the world. The rest of the tracks off the album lead to a more uplifting rock feel with some funk bass in "Progress to Titan" to the very dc talk sounding guitars in "C-List". This is a Modern Rock album with a few great "Indie Snow Patrol esq anthems", but also has some all out and out Rock moments. Every single member in Superhero deserve some praise, Great Guitars, Great Keyboards work, Rocking bass and creative Drumming. This could be the complete Christian Rock album for a long time.

To me Superhero have always been great live, and I for one cant wait to see how the band introduce these new songs into the setlist and see how they sound live. Superhero the indie anthems band of the christian music world are a real band, in the sense that they play anywhere and to whoever will listen, a real bands band. Could this album be the start of something bigger in the Uk & America, I hope so.. No, wait I know so. 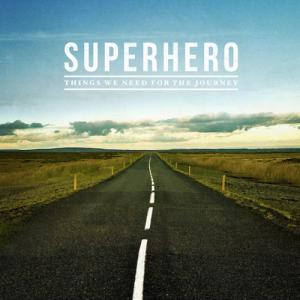 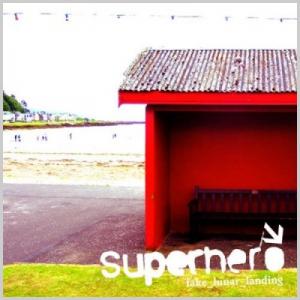