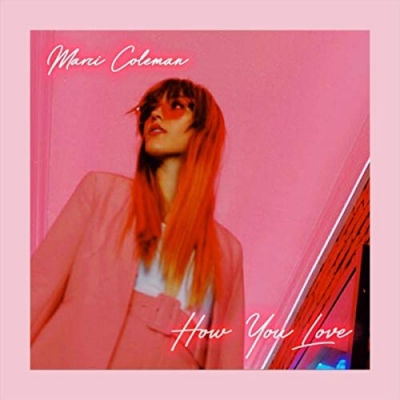 Get 'How You Love'

Memphis singer-songwriter Marci Coleman recently released her new single 'How You Love'. LTTM chatted with her to find out more about her music, her thoughts on being successful as a Christian artist, and her plans for the future.

So I'm a southern belle in it's purest form because I was raised in North-west TN growing up! (Sweet tea addict, southern accent and all.) By the grace of God, I grew up in a Christian home and began singing in church as a young child and started singing lessons. I truly believe I knew around 7 or 8 that singing is what I wanted to do with my life. I'll never forget the moment when I made up my mind about that either. I was in the car with a friend listening to the radio and said, "Someday I'm going to have my song on the radio." I instantly pulled out a little notebook and pen and started writing lyrics. Fast forward to my early college years while leading worship for several events and churches, learning to play guitar, and writing my own songs, I chose to attend Visible Music College in Memphis, TN. It was there where I honed my craft as a song-writer and artist and truly kicked off my music career. I released my very first single, "Free" in 2014, and began to perform locally and outside of Memphis, all the while writing more songs in my little apartment. The following year I released another single, and then in 2016 I released a 5 song EP. I've recently changed a bit of my style by going straight to pop from the singer-songwriter genre, by releasing my latest single, "How You Love" this late summer. I've been so incredibly blessed to be able to lead worship at retreats and events, as well as performing my original music throughout these years!

Tell us more about that self titled EP

The EP released a few years ago and it was an absolutely incredible experience for me. I honestly had so much relief! It was like, "Finally! I have something to give and to encourage people with." All of those songs are extremely dear to my heart, and I still perform most of them to this day. They are the songs that really helped "launch" my career, and they came straight from my early 20- something year old heart. It was such a fun experience with recording and seeing all my songs come to life, and I'm so excited to see how they've ministered to people!

What is your favourite song on the EP?

They are all so dear to me honestly. haha. If I had to choose just one I might say "Nothing Like Your Love" because it was one I wrote in about 10 minutes, and is so fun to perform live with getting the crowd involved. I also just love the production too- shout out to my amazing producer and friend- Kirk Smith!


You have just released your latest single 'How You Love'. Tell us more about that?

How You Love was first thought of in an elevator! I am one of those weird people who gets in an elevator by themselves and starts singing. The hook line of that song was born, and I immediately went home to write more. This all happened around the release time of my EP, so I was kinda sad I had thought of it too late cause I just liked the idea of it so much. The song was officially finished when I went in to demo it with my producer earlier this year.The song comes from John 13 where Jesus is talking to his disciples saying, "..the world will know you are my disciples by how you have love for one another..". I truly believe this is a timely message today because we live in such a hostile world that tears people down instead of lifting them up.

People are so torn with politics, beliefs, and morals today and I honestly think there is many grey areas of some issues, BUT the church needs to be different and rise above all of that. I personally want my love for other people to be top priority and authentic, just as Jesus' was. He loved EVERYONE. During his life on earth, he loved with grace, mercy, and forgiveness, and I'm convinced that by his words in John 13, we really have to take his words literally and serve one another in love. Loving others should be the one thing that stands out about us who claim to walk with Christ daily, and separates us from the world. As the song says, "It's up to US, to live for love". That can look like you putting your phone down and actually listening to a person who just wants to talk, or inviting them over for dinner. It looks like so many things, but we just got to stop thinking about ourselves all the dang time and go beyond us, to make actual change in people's lives.

Will we be hearing more music from you in 2019?

YES! I can say you will 100% be hearing new music! And I am waaaayyyy too excited about it!

I have two top answers. Taylor Swift and Jon Foreman. Taylor obviously because she's so creative in how she says things and makes people feel something they didn't even know they felt to begin with. She's absolutely incredible and I look up to her songwriting so much. Jon because he's the type of writer that is so raw and pulls you in with every powerful lyric, because they ALL matter. Every lyric of his has depth, and that's the type of songwriter I long to be- is one that goes deep and is also ok with having questions about life and God. I've been listening to Switchfoot/Jon for a very long time and it just keeps getting better.

My style is me. HA! I honestly don't know what it is. I've tried to put a finger on it, (trust me, I've asked so many people who I could be compared to) but there's nothing else that sounds like me but me. I guess that's a good thing? It's heavy with pop influences, a bit of soul, a bit of worship, and a bit of singer-songwriter. It's definitely transitioning straight to the Christian pop genre, but my music seems a bit more raw than what you hear on the radio probably. So it's been so fun to create with no boundaries so far.

My main influences are Taylor Swift, Sarah Reeves, Brooke Fraser, Phil Wickham, Lauren Daigle and Jon Foreman/ Switchfoot. They make music that is real and music that brings people closer to the heart of God. I'm a melody person so anything that has a good hook I typically gravitate to. These people are all amazing songwriters and artists that it motivates me to keep creating. That's ultimately all I want to do: create music that will bring people closer to Jesus and to encourage them that they are not alone in this crazy, up & down kind of life.

Oh man that's such a tricky word: success. You know you're supposed to be ok with whatever God has for you, (and I ultimately do want what he wants and trust that He's got a plan for me- a good one too) but my personal belief is that it's also hard as artists and creatives to be ok with just doing music or art as a side thing/ hobby. I keep longing for the day when I will get to do music full time, where I will be able to share my music with more people and tour regularly. I believe you can look at success through two lenses. One view seems like: sold out tour, songs are at the top of the charts, radio, performing with other major artists, etc. The other view seems like: focusing solely on the calling God has put on your heart to do. To me, that looks like being content with whatever happens while you're doing what you're called to do: simply creating and giving it to the world. If you never reach national or international "success" and you'll always be singing and performing in your local town, then you'll still be doing what God has called you to do because you believe that's where He has placed you.

It's important to have faith that He will either elevate you to another level or keep you right where you need to be. Either way, we will be ok with whatever that looks like because we know God can and will use us in "big" or (what may seem) "small" ways. Ultimately yes, I do want my songs on radio and to be touring regularly, but those are not the end goals in sight. They are just goals, and I believe true success is just letting God have his way with your calling to bring more people closer and more glory to Himself. Whatever that looks like. I'm currently where I am not known nationally, but getting out there more via social media/Spotify, where people and fans are growing and that's super cool. (Sorry this is such a long answer but it's such a good question!)

That's such a hard one. I might say T-Swift 1989. I had that joker on repeat for almost a year and it's made such a huge impact on me as an artist- stylistically and melodically. OR Brooke Fraser's "Albertine". That album is golden and one where I really paid attention to lyrics.

Bittersweet Symphony - The Verve. I can totally reflect on my life with that song at anytime at any place. So yeah - I'd totally be swaying underneath the palm trees to this on an island.

What does the next year hold for Marci Coleman?

This next year I'm hoping it looks like releasing another EP of some sort and opening up for a CCM artist on the road! But I am definitely itching to release new music like crazy! Very excited about what I've been writing lately and hope that it reaches a wider audience. I feel so ready to introduce myself to the CCM community and to play my music live. I've got an all girl band with me and I love how that connects and inspires young ladies to do what they're passionate about! Also hope to grow my Spotify growth and fanbase. It's ALL about connecting the message with them and connecting personally, so I hope they like what they hear. 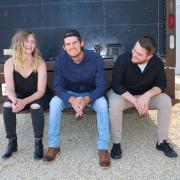 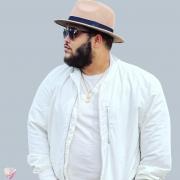 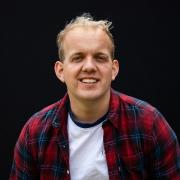 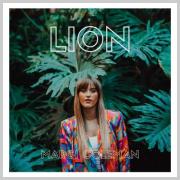 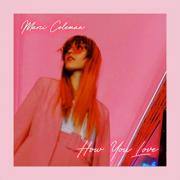 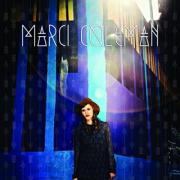