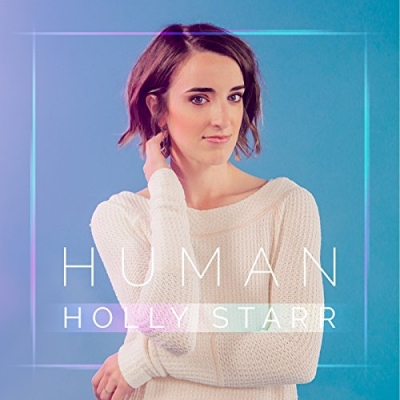 Good and bad. Joy and pain. Life and death. Triumph and failure. It’s all a part of the human experience. And for her new album, aptly titled Human, singer/songwriter Holly Starr wanted to write about all of the above, giving herself and her fans permission to feel every emotion life brings with it. She wanted to tell stories birthed in the reality of the day-to-day and pen lyrics that speak to the depth of what it’s like to be human.

“The album, from beginning to end, feels really true to me as a songwriter,” the Washington State-native shares. “The project is filled with moments from my life, and it captures the last few years in an honest way for me.”

This time frame has encompassed marriage, the loss of her grandmother and unparalleled artistic growth. Additionally, over the last few years Starr has garnered two Top 25 radio hits and her music videos and video blogs have collectively earned more than 4.4 million views to date. She has also been featured on FOXNews.com and in the pages of CCM Magazine, among other respected media. In addition, Starr has graced the stages of numerous high-profile Christian festivals, including Lifest, Creation Festivals, and Unity Fest, to name a few. Human follows her three critically-acclaimed projects: Tapestry(2010), Focus(2012) and Everything I Need(2015).


While Everything I Needproved more worship-focused, Human returns Starr to her storytelling roots and pop foundation. Produced by Matthew Parker and David Thulin, as well as Bryan Fowler (TobyMac, Mandisa), the album’s track listing is both lyrically substantial and sonically relevant, boasting bold, colorful musical textures behind heartfelt words. “We had so much fun in the studio,” Starr says of her producers.“And the things they brought to the table, I loved.”

Starr settled on the album’s name before she ever wrote the title track. “It was just one of those moments where I believe God inspired me artistically,” she shares. Although she feels the title represents a spectrum of shared life experience, she says she penned “Human” to speak to the “struggle with the pressures I put on myself.”

Lead single “Run The Race,” produced by Fowler, may be pop-centric in nature,but the song’s lyrics tackle a serious, personal topic for Starr. “I actually wrote this one based on a time I struggled with probably the deepest moment of anxiety I’ve ever had in my life,” she explains of the song’s origin, based on Hebrews 12:1. “‘Run The Race’ was birthed out of this moment where God was reminding me, ‘You might have all this stress right now, but I’ve made you capable to endure through things that you don’t think you can endure.’”

A stronger-than-you-think-you-are anthem of empowerment, “Run The Race” quickly amassed more than 1 million streams on Spotify and has been featured on the streaming service’s Top Christian Tracks playlist.

Meanwhile, Starr’s second radio single, “Bruises,” goes out to anyone battered from the blows life has dealt. “There are people in my life who have gone through some pretty traumatic experiences, and my prayer is that they would know that their trauma whether it’s abuse or illness, whatever it looks like can be used by God for good.”

She’s known this to be true in her own life as she’s journeyed through celebration and sorrow simultaneously the last few years. Multiple songs on Human were born from not only these experiences,but the people who shaped them.

Following her marriage to Chris Rumbles in 2015, Starr gave herself space to write about her relationship with her husband. The result is the fun and sentimental “Umbrella.” “Marriage is the greatest gift I’ve been given apart from Jesus,” she says. “So it’s been fun just to bring that part of my life into the songwriting room. It’s a different kind of relationship that impacts the way I view love and selflessness.”

“Umbrella”is literally a page clipped from their love story. “We were at my brother’s track meet in the pouring rain,” she recalls of the instant she realized she had feelings for Chris. “He was holding an umbrella for me, and I had no interest in him at all before this; but it was that moment when I thought, ‘Oh my gosh! This guy is so nice!’”

Another personal song, “You and I” was written specifically for Starr’s brother and showcases the unshakable bond they share. Meanwhile, “Sailing” caps the record by honoring Starr’s grandmother, who passed away in 2016. The singer was named after her Grandma Starr, who immigrated to the U.S. from Morocco in the early 1950s. Along with other family members, Starr helped care for her grandmother during her last months on earth. Ironically or perhaps, divinely Starr recorded vocals for “Sailing” on the morning of her grandma’s passing,and she dedicated the entire record to her.

Her time spent with her grandmother a widow of seven years softened Starr’s heart for women who have lost their husbands. “I’ve become more and more passionate about the reality that God calls us to care for the orphans and the widows,” she says. “There are tons of ministries for orphans, which are amazing, but you really don’t see many ministries reaching out specifically to widows. So if I can have even just a tiny ministry that’s raising a voice for them, then I’m really happy to do that.”

There’s a maturity heard throughout Human that has come from living life and allowing God to refine Starr along the way. With some hard-earned experience and a partner to now share it with, she is more certain of her calling than ever before. “I know exactly why I do this and why I want to keep doing this, no matter how big or small the platform looks,” she contends.

At the heart of her resilience lies a determination to minister to others in every season of life. “We can always bring encouragement to people wherever we are, in whatever capacity we’re in,as long as our hearts are surrendered to God,” Starr attests. “The message of Jesus and the Gospel is so central to everything. It doesn’t matter what sphere of life you’re in whether that’s music, or you’re a bus driver or you’re a mechanic or you’re a doctor. He provides for us when we keep Him in the center of our heart.”

More than anything, Starr realizes it’s His heart that connects us as human beings creating our shared desire to know Love and be loved. She’s found both, and she wants to lead others in the same experience through the power of story and song. “I just want to encourage people to remember how big and good God is how He’s worthy of all of our trust no matter what we go through,” she says. “God put His spirit in us to be able to endure; we just have to trust Him 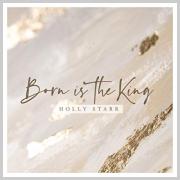 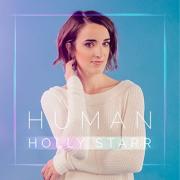 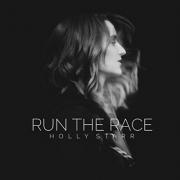