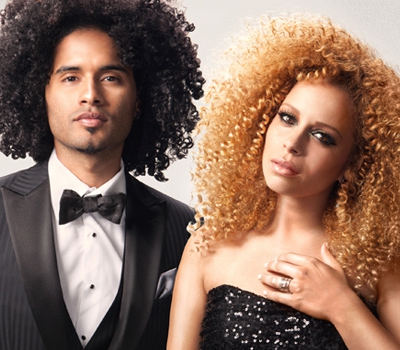 With years of touring under his belt, Manwell Reyes hopped on the tour bus, business as usual, anticipating a great string of shows in the months to come. But God’s intentions for the booked dates went far beyond the stage. Night after night, he watched as people were physically healed, emotionally restored and mentally rescued from sickness, depression and suicidal thoughts. Uncharted territory for the Group 1 Crew frontman, Reyes was deeply impacted and transformed by the supernatural events he witnessed. The significance of his encounter with God’s capabilities is celebrated in the group’s new album, Power.

“I had never experienced that side of God before, and it set my mind and my heart on a new course: I never want to go back to just touring or just doing music. I want to give the Holy Spirit full reign to set people free, so that’s my mind behind this record. I want it to accomplish the purpose which it was set for and that is to change people’s lives through the power of God.”

This power has also opened Reyes up to a deeper understanding of his own worth and value in the eyes of his Creator. Having been the ring leader for the five-time Dove Award winning group that has also enjoyed three No. 1 and six top 5 CHR radio singles, not to mention spots on NBC, FOX, MTV, VH1 and the CW, Reyes found his identity knotted up in the rising notoriety of Group 1 Crew, performing before large crowds and charting radio singles.

“I went down this spiral of thinking before I finally realized that if God’s love for me is based on what I do as a vocation then it’s going to be the most fickle love I’ve ever experienced,” he admits. “God really put me in my place when He made me aware of the fact that He loved me before I even started singing a note, before anyone knew who Group 1 Crew was. Music is what I do but it’s not who I am. It’s been an amazing revelation to know this and find freedom from what others may think of me.”

It wasn’t long before Reyes’ elevated hope and refreshed sense of clarity were put to the test when he ended up with substantial vocal issues resulting in surgery.

“At the end of 2014 I went to the doctor with laryngitis and left knowing I had two polyps on my vocal chords. I had known about one of the polyps and had been on vocal rest and going through therapy unsuccessfully, so surgery was our last option. I was on complete vocal rest after surgery for three months with no promise that my voice would be ok. There’s still no promise, but at least I know I’m not the sum of my career, and for that I’m grateful.”

Despite vocal challenges and the reality of creating an album for the first time since he became the sole member of Group 1 Crew, Reyes optimistically ventured into the studio with friends and industry veterans Seth Moseley, Josh Bronleewe, Tedd T, Josh Crosby, Jason Walker and a slew of others to lay down tracks exploring brokenness while paying tribute to God’s love and power. Artists like Lauryn Taylor Bach of 1GN and even Reyes’ wife and comedienne Anjelah Johnson (most notable for her Mad TV character Bon Qui Qui) makes appearances on the highly collaborative album, resulting in a collection of songs that are catchy and dance-worthy, and carry a new level of depth and thoughtfulness.


“The song ‘Power’ is a celebration of God’s great power,” Reyes shares about the album’s title track. “It’s a worship song, even though a lot of people who hear it may think of it primarily as a dance song. I think all music written for the Lord is a form of worship, but I don’t write what traditionally-minded people would call worship. This is my adoration of the Lord: something that makes me move and dance and smile and glorify God.”

Power is on schedule for a release this summer and videos will accompany a number of tracks, including “Burn” and the already released “Power.” The most recent video to debut, “People of a Second Chance,” is a song specifically written for an organization Reyes is extremely passionate about called Unlikely Heroes, which helps rescue girls and boys from sex trafficking. Always brimming with inventive ideas for music videos, Reyes is hoping to bring the songs to life in a unique way through media.

Group 1 Crew also began supporting the new album this spring by touring with Reyes’ wife. The couple is aware this type of tour is not conventional, but Reyes has learned firsthand God often doesn’t stick with ordinary methods.

“When my wife and I tour together, it’s definitely not a traditional Christian show,” he explains. “We’ve received flack for our approach because people are nervous about us playing clubs and believe we should follow a certain set of rules. Anjelah and I remain faithful to what we trust God is calling us to, and seeing how successful our last tour together was confirms we are doing exactly what God wants us to do. We continue to sell out dates and I’m excited that I can be out with my wife and that we can do this again as a team.”

Manwell Reyes is a guy known for his creativity, innovation and ability to go after multiple pursuits at the same time. Whether it’s immersing in Cross Fit with his wife or brainstorming ideas for a possible clothing line, the Sinatra enthusiast and entrepreneur continues to remember what God taught him not so long ago while on tour.

“It’s not the memorable hooks or beats I come up with that causes listeners to find true freedom, it’s the power of God. If my music opens a door for someone to encounter God and his healing power, that’s more than I could hope for. Group 1 Crew can write all kinds of songs, travel all over the world, or pursue anything really, especially in the land of possibility here in L.A. where I live. But when it comes down to it, all that pales in comparison to God’s power. I don’t care about anything anymore except getting my relationship with God right. Remembering who God is and whose I am is what matters the most.” 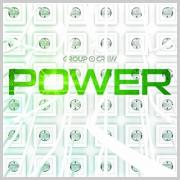 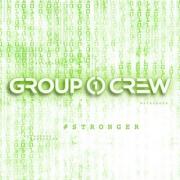 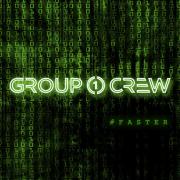