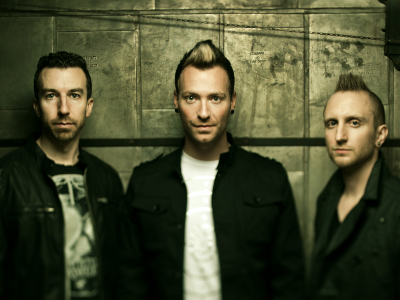 With the album being produced now by TFK frontman Trevor McNevan and longtime collaborator Aaron Sprinkle (One Republic, Anberlin, Pedro the Lion, The Almost), TFK is once again engaging the TFK Army, fans of the band that they prefer to call their friends and family, for a goal-driven PledgeMusic campaign.

Sparking the second-biggest campaign ever for Kickstarter at the time for its 2012 independently released Billboard No. 1 selling Hard Rock album, 'The End Is Where We Begin', TFK's ethos is to always include its fans in the equation.

For the release of 'OXYGEN:INHALE', the band is asking its fans to help them through PledgeMusic to take its radio, retail, tour, video and media promotions for the album to the next level internationally. The PledgeMusic campaign will also be a place for fans to pre-order the album and receive exclusives from the band that are not available anywhere else, including audio and video downloads, special incentives for all PledgeMusic backers after reaching target levels, and much more.

Pledges for support are now being accepted at http://www.pledgemusic.com/projects/tfk.

"Oxygen is our lifeline," said McNevan, reflecting on the impetus behind the new record. "It's what keeps us alive and breathing. Most of us spend our entire lives taking half breaths when we were created to take full breaths. To live life to its fullest, to treat every day like it might be our last, and treat other people the same way. We can't see it, but we need it. It exists. It fuels everything we are."