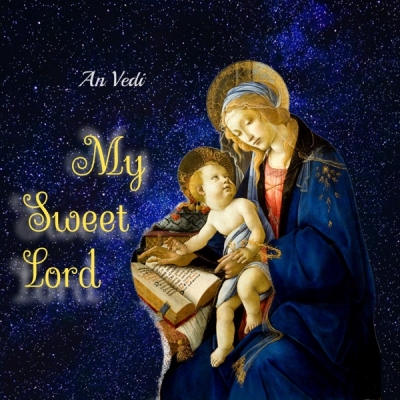 Get 'My Sweet Lord'

An Vedi, a multiple award winning and Grammy-balloted indie artist, has released a new Christian song called 'My Sweet Lord'.


This is An Vedi's third song in the Christian genre. This new song as well as two previous releases are available on music streaming platforms.

"When I was writing the song "My Sweet Lord", it was a difficult time for me, because I got sick with delta omicron", An explains. "I was thinking that maybe I won't be able to sing anymore, since I lost my entire voice during the illness.

In the first verse of the song "My Sweet Lord" I speak from myself, and in the second it is like a common prayer. There is the difference in the sound of the vocals: the second time it seems to "stratify" into several voices singing in unison. In the chorus, I'm talking about "My Lord is what I really have when I don't feel the ground under my feet". Once, many years ago, a prayer to the Lord saved me from a terrorist on an airplane who carried a weapon and resisted his arrest. Prayer or meditation - in different religions and even for people who do not belong to a religion - is something deep, intimate. This is something that can bring many people together.

When I wrote the music for this song, the first thing I heard in my head was the opening tune (Eb-F-Ab). I left this motif a cappella, without an accompaniment. For the verses, I chose more complex chords, close to jazz music, and for the chorus, I decided to use simpler chord progressions, like for the crossover music or hymns, anthems. While working on the arrangement of the song "My Sweet Lord" I made several sketches, however, in the end I came to the decision to fit this song into the framework of the old "art song" form that was popular in the 19th and early 20th centuries among composers of the Romantic era and late romantic music.

The song "My Sweet Lord" is my prayer for uniting the people of the whole world in a common desire for harmony and peace."