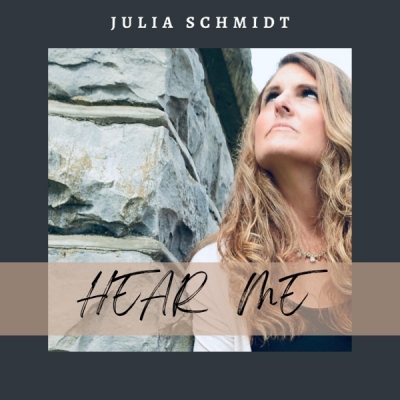 Julia Schmidt, a Christian singer/songwriter recording artist from Columbia, NJ, has released her latest single 'Hear Me'. Co-written with Producer Jay Speight, this came from a deep place after suffering miscarriages and post partum depression.


God has continued to tug at her heart strings to pursue the gifts He had granted to help promote His kingdom. With trials, experiences, contemplation, prayer, and refinement, she decided to take that next big step out in faith. She was named one of the top three vocalists of the Singer Universe competition, for two years in a row. She became an avid session singer after joining a music platform called Broadjam. Her experience and time spent in the studio weekly, and recording vocals in different genres, has given her the confidence to continue pursuing what God has placed within her heart. Her song “ You are mine “ (written for her children) was placed in the top ten of the Steinberg songwriting competition. These experiences allowed her to gain opportunities to co-write with other songwriters and musicians globally.

Her prior involvement in the performing arts has been a piece of her journey, as well as being chosen for Fred Waring’s U.S. Chorus televised network. She was presented with numerous vocal excellence awards for various vocal competitions. She studied vocal lessons in Italian. Julia auditioned for AMTC (actors, models, talents for Christ). She made the callbacks to attend the talent convention.

After some trying experiences in her life, God has led her to a place of grace and contentment in Him. Even though she may be further pursuing a career a little later, she feels God has a perfect timing for everything. She now concentrates on writing and co-writing for her upcoming releases.

Julia hopes to be able to have opportunities to share her musical gifts as well as her testimonials of God’s incredible love, mercy and grace that had shaped her life story.

Julia’s vocals have a unique, rich tone that captures every note. Smooth, soulful, emotive, with sometimes a country twist. With a wide vocal range, some have said her voice reminds them of artists such as Amy Grant, Martina McBride, Hillary Scott and Mickey Guyton. Her writing/ vocal styles include pop, soul, country and CCM. She tends to write/ record songs that have catchy verses and powerful choruses. Most importantly having gone through some trials in her life, her writing is geared to help others who may have gone through similar situations.

Her most recent battle with Covid-19 has allowed God to take her from a place of the unknown to today. Having felt loss hope of from ever recovering, she said throughout the illness the only strength she had left was to pray and ask God for His intercession. God pulled her out of that place and she remains so very grateful that He has kept her here as a wife, mother of 4, and to do God’s work through her music/ ministry. She currently suffers health complications from Post Covid Syndrome ,but is not allowing this to stop her from pursuing what God has asked of her. Julia feels that healing has been taking place in many ways, including physical, spiritual and mental since she has said “ Yes” to God in taking that bold step out in faith.

Her Debut single “Strong” was officially released February 25th,2022. Her album cover was used on a Spotify playlist out of “ Ukraine “, as well as made many popular Spotify playlists. Catch her latest live interviews/ podcasts with Christian media Spotlight, The Simply Deejay Show, Roz on the Rocks, and Notespire radio regarding her musical journey/ testimonials.

Julia feels called to shine a light on those who feel it’s too difficult to talk about their experience with anxiety/depression. God has brought her out of those dark days, and hopes to help others who may be in difficult situations.

She recently performed at the “ Rebuild Ukraine fundraiser concert” and performed alongside Michael Feighan (Whitecross). Julia recently performed “ Hear me” live on the #1 Christian/conservative platform, (with over 500,000 followers), called “The real deal of parenting“. Stay tuned for her next release called “ Give His love away”coming out August, 26th 2022. 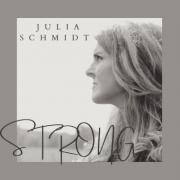