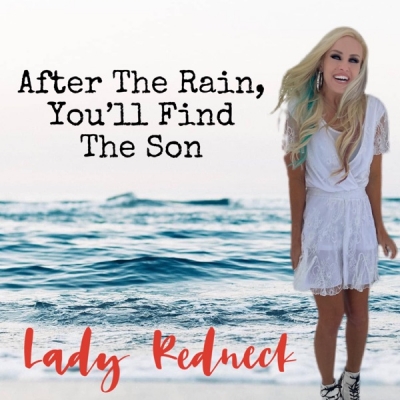 Get 'After the Rain, You'll Find the Son'

For the past few years, Stephanie Lee aka Lady Redneck has been releasing her brand of quirky country music. But this year she has released her first Christian single 'After The Rain, You'll Find The Son'. Louder Than The Music spoke with her to find out all about her background in music, her plans for more Christian music releases, and her thoughts on making music.

My name's Lady Redneck and I'm a singer-songwriter out of North Dallas, Texas. I sing and write mostly country and Christian music. I got involved in music at a very young age. I started taking both piano and guitar lessons when I was six. I come from a very musical family, and that's just what we did: we played music. We had a family band and we toured doing weddings, fairs, corporate events - you name it. We did that as a family together, so that's just how I grew up and it's always been a part of who I am. I just recently started doing my own thing - around 2015 or 2016 - and am just enjoying making and creating my own music.

Tell us about your new single 'After The Rain, You'll Find The Son' and what the inspiration behind it was?

"After the Rain, You'll Find the Son" is about a series of events in my life that were really hard trials for me. As I went through those trials I felt the coldness, I felt the darkness, but as I looked for and to the Savior, the trials ended up being blessings in my life. I've felt His hand and known that He's in control. I've learned to put all of my trust in Him because He will protect me and turn my hardships into strengths. In "After the Rain, You'll Find the Son," each verse was from one of the specific trials I'm talking about; the words are very detailed and accurate to that trial if you understood what was actually going on in my life at the time. That was the influence behind that song, and it's a song that's really dear to my heart for that reason.


Do you have any plans to release more Christian music in the near future?

I actually have another song that's coming out this month, April 22nd, and it's called "Pray for Peace." I've done mostly country music throughout my career, but around December I felt myself really searching my soul and thinking about the direction of my music, my life, and the world. I had a feeling that since there's so much contention and so much hatred in this world, what we need right now more than anything is light and goodness and love, and I felt the best way to do that was by releasing more Christian music. That's why I decided to shift my focus a little bit from country to more Christian. I'm sure I'll still be doing some country music as well, but I've decided to release a full Christian album to try to bring more light into this world and more joy into peoples' hearts.

The message that I would like people to take away from music is one of joy. I want to make them smile; I want listening to my music to be a happy experience. When I answered your last question, I mentioned that I feel this world has so much anger, hatred, and contention, so I want to help others by inviting the opposite: joy and light. So if it's a song about denting someone's truck and it makes somebody laugh and/or connect through their own experience, I want to put that smile on their face. With the Christian music that I've been releasing lately, I want them to feel the Savior's love, as well as love in their life and in their heart. I want them to know that they're loved, they're valued, and they're important. So I suppose the message I want to portray is one of real and true charity.

I would describe my music as simple, heartfelt, and real; I don't make any pretenses. My influences are anything from Beethoven to NF to Shania Twain; I absolutely love all types and genres of music. I believe that when you really love music, you basically love all types of music. Growing up, I learned classical music on the violin and the piano, so I always had a love for that, however, we played all different genres of music in our family band. We played everything from pop to rock to bluegrass to country, to old songs and to new songs. We had hours worth of content and what we played depended on our crowd, so I just grew up loving and appreciating all types of music. It makes it kind of hard to pinpoint my style or influence because I just have so many.

I would love to work with Dolly Parton. Most people love Dolly but I don't think they realize how talented she is. She's beautiful, a multi-instrumentalist, and an amazing songwriter; she's the one that wrote "I Will Always Love You," as well as many more instantly recognizable and incredible songs. I would love to just sit down and write a song with her, as well as just hang out and talk; I think that she'd be a fun friend.

This is an interesting question I really had to think about for a minute. Life is full of destinations. You always think, "when I get this many followers" or "when I play at this show" or "when I perform with this person," that'll be it: I'll be the person or artist I always knew I could be and I always wanted to be; I'll finally be truly successful. In all reality, what's important is not the destination but the journey and what we do along the way. As I was thinking about how I've defined success in my career, it's been mostly setting and reaching goals. I remember when my goal was 500,000 followers on Facebook. I reached that goal, so it became one million. I reached that goal. The goals always varied and I always reached them, so I kept making new goals and new defining points for my success. This year, I have a goal to play at the Grand Ole Opry. However, to me, true success is being able to help people; remembering who I am and pouring goodness into the world. If I can influence somebody's life for the better, if I can say the right thing at the right time when someone really needed to hear it, that is true success. I feel like that's part of the responsibility of being an artist and being a bit more in the spotlight. God's giving you a responsibility to help others and fulfilling that responsibility is where true success comes from.

This is kind of funny since it isn't country music, but my favorite album of all time is probably "Songs About Jane" by Maroon 5.

The track I would probably listen to is "How Great Thou Art." I absolutely love that song.

It's going to be full of excitement and growth! I cannot wait to see what this next year brings. I'm planning on playing a ton of music, of course. I'm going to finish my Christian album, one or two more country hits if not another country album, and, hopefully, reach my goal of playing at the Grand Ole Opry. 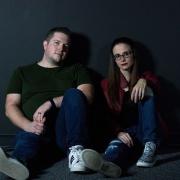 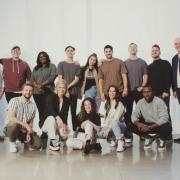 7 Hills Worship, is the worship team and band of 7 Hills Church in the Cincinnati area. They have just released their new single 'With Everything I Am,' and Louder Than The Music spoke with worship pastor Kaelob Mecum to find out… 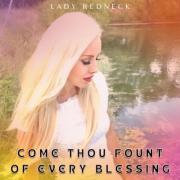 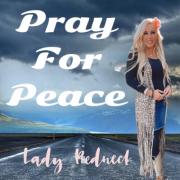 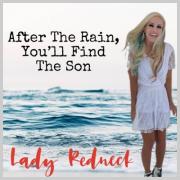