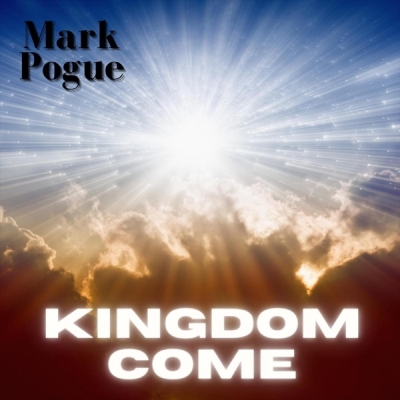 Singer, songwriter, worship leader Mark Pogue has unveiled his long-awaited full-length album, Kingdom Come from Audio Deo Records. The 11-track project showcases Pogue’s celebrated guitar chops and trademark vocals which propelled his debut project into the limelight and generated five Top 10 radio hits. But Kingdom Come will resonate with fans on a deeper level, revealing an artist who has not only matured in his faith, but has honed his craft as songwriter to razor sharpness.


The result is a project that is chock-full of can’t-get-it-out-of-your-head melodies coupled with God-centric lyrics that are perfectly suited to the era of uncertainty that has gripped the planet this decade. While these songs are easily categorized as Christian Music, there are crossover implications such as the poignant, Americana, song- Where Are You Now?, which boldly poses the question that many believers wish they had the confidence to ask: The praying and the fasting don’t seem to break me through/ the hours of confessing that your promises are true/ Oh God, where are You now? Yet Pogue ultimately reaches the inevitable conclusion that, Many times we carry on with life so unaware/ the silence that my Lord endured, I'm privileged to share.

The death of Pogue’s close friend, Grammy and Dove Award winning producer Bryan Lenox, was the impetus behind the beautiful AC worship anthem, “Only Believe.”

I wrote “Only Believe” while Bryan was still in the convalescence home to help comfort and encourage him as he recovered from a lengthy illness. I was believing for victory, not death, so when he passed it was a shock to me and another round of questioning God. Sometimes you can’t move forward until you get an answer. In such times He comes with a profound truth. He showed me that Bryan was okay, that he was full of joy. We often judge life by what we perceive as failures or victories, but heaven doesn’t focus on our setbacks; it urges us forward!”

Pogue notes that his mother’s passing sparked the inclusion of another song on the album, albeit one he didn’t write. “The day after my mother died, I felt the Spirit of the Lord prompt me to record “Bridge Over Troubled Waters” as a song of hope to the Millennial Generation,”. “I tried doing it as an exact replica of the original, but it just wasn’t working. That’s when my producer suggested stripping it down, and that’s what we did.” Pogue’s lovely, acoustic guitar-based version of the beloved ballad perfectly accentuates the message that we are never alone, even during our darkest days.

While Pogue’s new project features its share of songs that ask searching questions, Kingdom Come is far from a morose, downer album. Indeed, Pogue insists, “It’s about encouragement. It’s about all of heaven cheering us on. It’s about God positioning His people for such a time as this. Yes, we live in dark and uncertain days, but the Light shines brighter in the darkness! I think God is raising up an end time army of believers who refuse to give up because they’ve been through the wringer and know that God is faithful. They are able to bring that ministry of reconciliation. That’s the whole concept of Kingdom Come.” 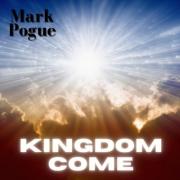 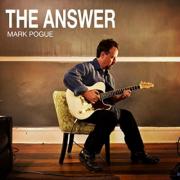