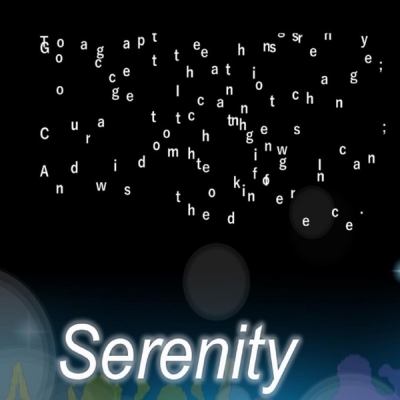 Following the release of Canadian rock band Critical Mass' new single 'Serenity', Louder Than The Music caught up with the band's David Wang to find out more about one of Canada's best kept rock secrets! Read on to find out the inspiration behind the single, and how writing it was David's own form of therapy.

I am a professor by day (Electrical and Computer Engineering... I am a nerd). I have raised 9 kids so doing music...
Read More Following the release of Canadian rock band Critical Mass' new single 'Serenity', Louder Than The Music caught up with the band's David Wang to find out more about one of Canada's best kept rock secrets! Read on to find out the inspiration behind the single, and how writing it was David's own form of therapy.

I am a professor by day (Electrical and Computer Engineering... I am a nerd). I have raised 9 kids so doing music has always been a challenge and a side project. I actually started by doing concert promotion, started doing church events with Critical Mass and then went into the recording studio. Our first two albums both won Best Rock Album honours from the Canadian Gospel Music Association and we played for a million people in Toronto in 2002 for World Youth Day. To this day, that is probably one of the biggest audiences ever for a live performance, albeit in a liturgical setting. However, seeing as I had a day job and family responsibilities, Critical Mass never did the touring band thing, so we are still a well-kept secret for many people. Hopefully, these new releases will start to change all that.

Tell us about your new single 'Serenity' and what the inspiration behind it was?

I went through some very difficult times these past three years. I went through a painful divorce and my family imploded. I am still picking up the pieces but God has been a big part of my recovery. My song-writing has also given me an outlet to express myself. It is at these times that my faith plays an important part in my life. I know that, at the end of time, Jesus will reveal all, and my story will eventually be known to my children, so it gives me hope even though through the direst circumstances. The serenity prayer, which I mounted on a wall so I could see it every morning, was also a huge part of my journey. I would go through all the things I had no control over, ask for serenity to let go of those things, then go through the things I had control over, and finally ask for continued guidance to know the difference.

With the pandemic, social isolation, BLM and all the political unrest that we are seeing, I can see how the serenity prayer might be able to help the church deal with these in the same way I was able to find peace through the serenity prayer. I wrote the words, in which every verse is based on one line of the prayer, and went to my friend, Ray Lyell, who is a Canadian rock icon (Carry me & Another Man's gun), to come up with the music. In about an hour, the song was written, and now we are hoping that this can inspire hope in others.

Do you have plans to release more new music this year?

Absolutely. As I mentioned, writing was my therapy so there are many songs in the pipeline.

In the past, the messages we had in our songs tended to be very "Christianese". After going through the valley in my own life, I think I have grown in empathy in terms of feeling the suffering of others. I feel called to write songs that are both personal and real for me. The lyrics will not be like the usual CCM song, as it may take you to places where God may not seem near. However, we need to separate our feelings, which are not right or wrong, from our actions. We can always choose to persevere and move forward in the face of obstacles. If you don't give up, you will exit the valley and you will see God waiting patiently for you.

We are very eclectic. Some of our songs (eg. War) incorporate a lot of metal influences. Most of our songs are hard rock (Green Day is what our listeners often refer to) but, like with the song Serenity, we aren't afraid to go to a softer side. In terms of influences, I am influenced heavily by Steve Taylor in terms of lyrics. I listen to a large variety of music and always tend to gravitate to the Beatles, Pink Floyd and other classic rock bands. However, I also love classical music and jazz. I think that is why Critical Mass has always had a huge variety of styles on each album.

I would love a chance to work on my lyrics with Steve Taylor, and then switch to working with Paul McCartney on the music. These two have been the strongest influences on my music and I could learn so much from them.

When I get to heaven, I want to see if my music made a difference in anyone's life. That, more than financial success, is most important to me. I have always managed to break even with my music so it has never been about being famous or being rich.

Sgt. Peppers Lonely Hearts Club Band. I love concept albums and it is sad that the music industry has gone to singles. I think there is a real story-telling element that has been lost. I am encouraged that there is a resurgence in vinyl albums, which kind of forces you to listen to a collection of songs in a manner that the artist intended. I am hoping that Critical Mass projects in the future can try to help in a return to album-oriented artistic content delivery.

It would be What a Wonderful World by Louis Armstrong. It would be give me optimism to enjoy my surroundings and to not worry about how to get off the island. Just live in the moment.

As I mentioned, I have been writing like crazy. I don't want to give anything away but I think 2021 will be an interesting year for anyone who has or who will be following Critical Mass. Come join us on the journey! 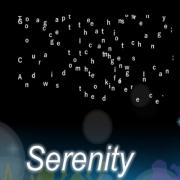 Canadian rock band Critical Mass have released their new single 'Serenity', a song based on the Serenity Prayer and released to inspire hope during these uncertain times. "This song is for anyone who is struggling during these… 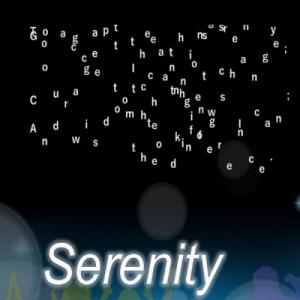