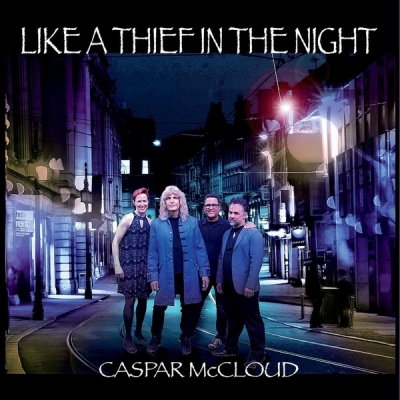 Caspar McCloud's new Christian Rock single, 'Like A Thief In The Night', is out now. With each new passing day, this world gets stranger with the broadcast of wars, rumors of wars, plagues, and viruses as civil unrest and lawlessness take to the streets of major cities. Many people are fearful of the future and concerned about what will happen next. God only knows how it will all turn out. If you find that you are searching for some sort of solace to ease your mind in these times of distress, here is a new song that will bring a smile to your aching heart and have you singing along. Ever the insightful optimist Christian Revelation Rocker Caspar McCloud offers you the single, “Like A Thief In The Night.”


A veteran musician, McCloud has worked with some of the best in the business including Rick Derringer and Tommy James and the Shondells whose “Crimson and Clover” has been a music mainstay since the ‘60s. Working with the Shondells led McCloud to master-engineer and producer Glenn Taylor. Together with Nashville’s violinist Renae Truex, Drummer Carlos Merced, and keyboardist Donovan Lipham they have created some fantastic work.

McCloud told CCM Magazine after his Game Changers 2020 was released just as the world went into a literal game-changer this past March, “Glenn has such a perfectionist-type personality and that is the sort of person you want behind the console.” Glenn Taylor has helped create a string of hit songs we all know and love.

Last year Caspar McCloud was invited to perform at the 50th Anniversary of Woodstock which was later renamed WE Festival 2019. He was the only Christian act on the bill and had Juma Sultan (Jimi Hendrix’s band) sit in with him. Being an ordained minister he was also asked to share the Gospel with the crowd gathered there on Sunday morning. In response to the agape love outpouring of McCloud’s music and message that day, numerous friendships were established and spiritual bonds formed. 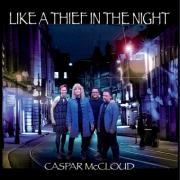 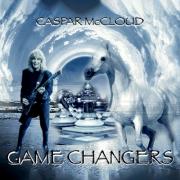