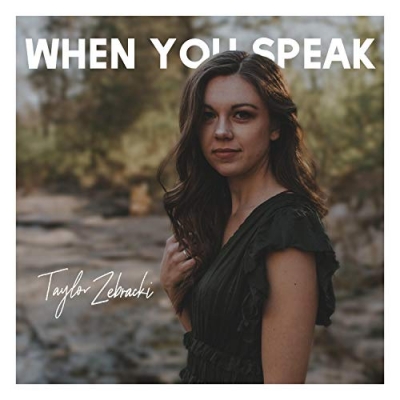 Get 'When You Speak'

Singer/songwriter Taylor Zebracki, originally from Bradenton, Florida, releases her first single as a worship artist, titled 'When You Speak', on June 21st.


Taylor has been writing songs since she was 11 years old. When she was twelve, she saw a Taylor Swift documentary, which inspired her to pick up a guitar and begin putting music to her melodies. The rest is history! Her love for the Church and people shines not only in her worship and songs, but also through her joyful and welcoming spirit. She currently lives in Nashville, Tennessee and is writing songs for pop, country, and Christian artists.

"I wrote “When You Speak” during a really low place in my life", she explains. "I was walking through a lot of hurt from some of the leaders at the church I was attending, and I was really starting to question the character of God and if He was truly real. I pulled away from God and the Church, as a whole, for a few months. I wanted to take time to truly evaluate what I believed and find out who God really is.

During this brief break, God slowing began healing me by revealing Himself and reminding me of who He says I am. My uncertainty and questioning in this season drew me closer to God, because I was able to lay my deepest doubts all on the table before Him. Through this, I learned that He’s not scared of heavy doubts and hard questions. I started the process of re-learning how to focus in on the voice and heart of God, instead of those around me, and I became sure of God’s character, and what He says about me once again.

In true “God-fashion,” He drenched the following season in redemption, bringing me back to the Church and providing me a place where I can grow with Him while being in a loving community with other believers. As you listen to this song, I pray that any doubts and questions will allow you to be honest with God & know Him in a deeper way! " 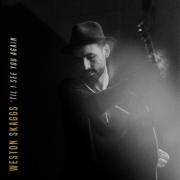 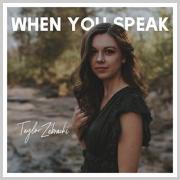