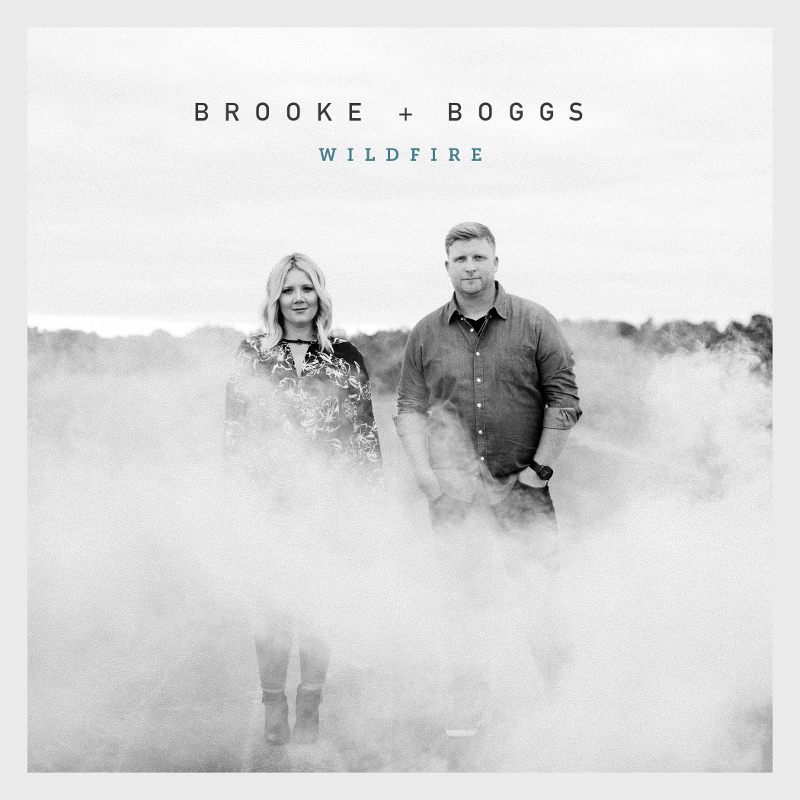 Brooke & Boggs will release their debut EP Wildfire on 31st March. As a member of one of Christian music’s most loved bands, FFH, Michael Boggs knows what it means to play to capacity arenas, have hit songs on the radio and sell a lot of records. He’s toured extensively, written for and with many heavy hitters of the industry, and even won multiple GMA Dove and ASCAP Awards for his efforts.

While Boggs would be the first to express his gratefulness for the platform and accolades of his past efforts, he’s just not excited by the same things anymore. And his definition of success has changed dramatically.

That next step in his lifelong journey of music and ministry has been to join forces with worship leader Brooke Voland to form a new duo, Brooke & Boggs, for the purpose of empowering and resourcing the Church with their original songs.

Brooke & Boggs’ introduction happened as the unexpected answer to a question Boggs had posed to a friend: “Who’s the best worship leader in Nashville?” To his surprise, the answer wasn’t a name familiar to him; it was Voland’s. He reached out, and was able to see her in her element.

“When she led, I was like, ‘Wow, I get it,’” Boggs recalled. “As a worship leader, she comes across so effortless, and yet so vulnerable; it’s very difficult to balance that.”

That authenticity and vulnerability comes from Voland’s story, one that saw her embarking upon a career in country music after having been discovered at age 18. She said the seven years of singing, recording and touring nearly destroyed her life. It nearly claimed her marriage, too, as she and her husband separated.

Voland ultimately left her country music career, and the healing began. The Lord intervened and brought about radical transformation with her and her husband, ending their separation. Healing came to Voland’s music, too, as she began serving at her church, Longhollow Baptist Church.

“When I first started leading worship, I had just come out of that atmosphere where you’re graded on how well you perform, and in the first year or two I really struggled with that,” Voland said. “But now I’ve realized that it doesn’t matter if I don’t do this perfectly. It’s about my heart being in the right place. It’s about reflecting God’s glory and goodness, creating an atmosphere where Christ can woo his bride.”

Starting in the summer of 2015, Boggs and Voland’s initial mutual respect turned into worship partnership, as they started co-leading worship regularly at Kairos, a ministry of Brentwood Baptist Church where Boggs had been leading since 2008. It didn’t take long for them to realize there was something special when they’d team up.

“When we lead worship together, there’s just something significant that happens,” Boggs said. “There’s something that’s just, other.”

After a couple of years leading together, they and their spouses felt led to start dreaming of how they could take their spiritual synergy to new places.

“We could probably both be on the same path that we had been on and be fine,” Boggs said, “but this holy curiosity I think just grabbed ahold of me, thinking, ‘I wonder what’s possible.’”

The first churches they’d share the music with, naturally, would be their own. The congregations at Kairos and Longhollow not only were enjoying the duo’s new original songs, but were responding powerfully.

“As we saw the response, we thought maybe these songs are something God has given us to help congregations all over the world be able to express their hearts to the Lord,” Boggs said.

That realization has led them to where they are now, readying their first nationwide recording as Brooke & Boggs, an EP called Wildfire.

Their first musical and thematic introduction to the world as a pair comes in lead single “Grace Upon Grace,” a crescendoing, contemplative modern hymn that serves both as a confession of our brokenness and a response of praise for God’s never-failing, endless love--a theme that hits home with Brooke & Boggs.

“There was a time when I felt like the heaviness of my sin completely outweighed God’s grace, that what I’d done couldn’t be forgiven, and meant I couldn’t be in ministry, or be a good mom or good wife,” Voland said. “When Boggs showed me ‘Grace Upon Grace’ for the first time, I kind of just sat there in silence because Boggs wrote this song that really connected with my heart and what I wanted to say.”

“In John it says that in Him we have this grace upon grace in the person of Christ, and one of the commentaries I’d read said that grace comes to us like waves on the ocean,” Boggs said. “Just about the time I think I’m going to run out of grace, a new set of waves comes and washes over me.”

From Brooke & Boggs, the song is an opening statement of sorts--a preamble to the musical and thematic truths that guide Wildfire. Mixed in with the accessible, congregational sounds and brilliant harmonies lies a dedication to leading people to a meaningful encounter with God.

“I think both Brooke and I come from a mindset that before we’re singers, we are ministers or pastors or leaders,” Boggs said. “We come with that mindset first, which changes things. It’s not about the set or the song; it’s trying to lead people into a moment that they might discover an aspect of God, or a particular moment where they get to interact with God. On this EP, a lot of the songs coming out were in essence gateways to try to help people come into His presence.”

Follow-up track “As It Is In Heaven” is an appeal to the Lord to do something amazing among the people that would draw people to Him. Another song, “All Eyes On You,” once again asks God to move in hearts so that Christ would be revealed through our lives.

The EP’s name comes from The Message paraphrase of Acts 2, which says “the Spirit of God spread among the people like wildfire.” And Brooke & Boggs would tell you that’s the new measure of success.

“I feel like success is just helping people communicate with God,” Voland said. “We just want people to know Jesus and how life-changing He is.”

“In all reality, I don’t believe God has promised Brooke and me success, in terms of the way that a lot of the industry would see success,” Boggs added. “He’s asked us to be obedient. I want people to like our music. I want them to invite us to be part of their church or event so we can build relationships with people and lead them into moments, but at the end of day, the only thing the Lord has promised is, ‘I’ll show you the next step.’” 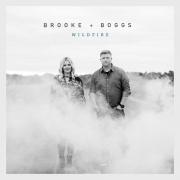