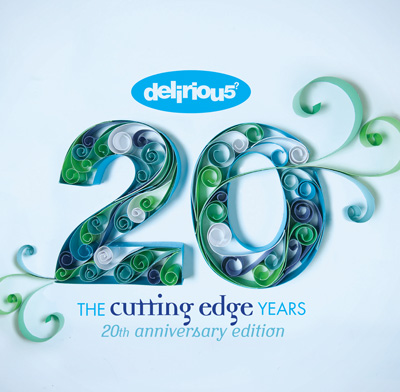 A special bumper collection of the early songs from British worship band Delirious has been released this week. 'The Cutting Edge Years - 20th Anniversary Edition' includes three CDs and one DVD, featuring the band's original Cutting Edge 1 to 4 EPs and their first ever live album, 'Live And In The Can'.

The DVD featuring eight Cutting Edge songs performed by the band at their final concert together at London's Hammersmith Apollo on 29th November 2009, plus bonus material: 'Live at Studio One Abbey Road', a video of the song 'I Could Sing Of Your Love Forever' featuring The London Community Gospel Choir (LCGC) and 'The Delirious? Story'. In addition there are six limited edition postcards included with the album.