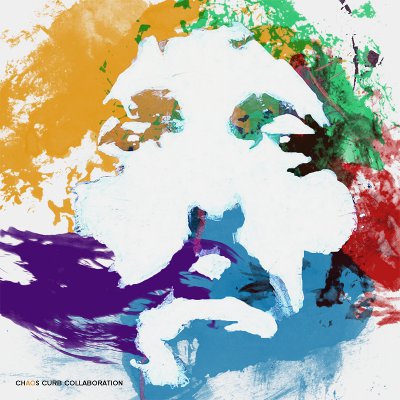 When members of bands Bosh and dweeb joined forces to create a new worship movement, you knew something good was going to happen. We caught up with former Bosh singer Dave Griffiths and former dweeb member Tim Alford to find out what Chaos Curb is all about, and we even bring you a FREE song download from the album!

On the surface it seems as though Chaos Curb has been created from the ashes of Dweeb and Bosh - tell us more about how it came to be conceived.

DAVE - I'd been working on a project more specifically for the church for a few years before Bosh wound down. I was chipping away at it now and then, but when we knew for sure that Bosh would cease for a while, I began to work on it more intentionally. I didn't want to form another 'band' as such, but rather put together a collective, or a collaboration so that the cast of musicians could be more varied than just a handful of other people.

TIM - Dave had played me a few of the tracks some time before [dweeb] finished and I loved what he was doing with them. So when the opportunity came up to be part of the Collaboration by playing some drums on the album I jumped at the chance. But as Dave says it's not a [dweeb] and Bosh thing - it's a collaboration involving many musicians and artists - not just from Bosh and [dweeb]!

You've also pulled together a talented selection of musicians in the studio - how did you get them involved?

DAVE - Most of them are people I've known through Bosh for a good few years. You get to know other bands on the 'scene' as you do various events and festivals across the country. I sort of had a list of people I'd love to work with, and they all agreed which was very exciting and humbling. The [dweeb] guys, Marc James, Paul Oakley and the other more local musicians are all people I count as close friends. Deborah and Tim Jupp I knew only slightly before this project, but they heard the demo's and seemed to like what they heard!

Tell us a little bit about the new album and what the inspiration behind it was?

DAVE - There were three objectives and three key words that were what we tried to achieve with this album. The objectives were 1. To make something that sounded a bit different to the usual congregational songs we use in church. 2. To put more of an 'us' language into the congregational songs rather than 'me' language. 3. To write outward looking songs for the church that touch on God's heart for justice. The key words were 'Atmosphere' 'Groove' and 'Energy'. I think we managed to achieve these. The guiding scripture for this project is Isaiah 58, verses 6-12. God's heart for the last, least and lost is what inspired me to write more for the church.

TIM - For me one of the strengths of the album is it's lyrical continuity. The Isaiah 58 theme is strong throughout.

DAVE - New Songs, it gets me every time. What Deborah Hartup did with that song floored me the first time I heard it, and still really blows me away. She has an amazing anointing and gifting and it's been incredible to work with such a talent. Some of the guitar on it, I can't even remember playing I was kind of so lost in the music!

TIM - Mine is Insatiable. I love the atmosphere, the synth sounds, the lyrics, the melody... and I'm quite pleased with my drum part on it too!

How did you come up with the name of the band, and what's the meaning behind it?

DAVE - Chaos Curb as a phrase sort of refers to the idea that God is, and his church is, making all things new. We are to build God's kingdom, and in that kingdom the chaos that putting ourselves first and doing our own thing has brought on us is being curtailed. It fascinates me that we are called to be involved in the restoration of Shalom. As God does it in our lives, we are empowered and inspired to do the same in the world around us.

DAVE - Chaos Curb Collaboration, as a record, is much more varied in style than Bosh or [dweeb] ever were on one album. There is a lot of electro/dance elements, sitting alongside what is broadly a rock starting point. I love bands like bloc party, radiohead and friendly fires where electronic sounds are layered with guitars and real drums.

DAVE - Daniel Bedingfield is a hero of mine. He is someone who could combine immense spirituality with very accessible pop melodies and hooks. I'd love to work with him. He did give me permission to re-record a song of his called 'Holiness', but I didn't do it in the end. I might do sometime though. Damon Albarn is my ultimate from the mainstream. He's so versatile.

TIM - I'd say Jon Foreman. His ear for melody is second to none and he's a great lyricist. I've met him before in a hotel bar when [dweeb] played a festival with Switchfoot and he's a nice bloke as well!

DAVE - Do your own thing and be who you are. Don't ape others; find your own sound. Be authentic. Also, network with other musicians and be very teachable.

TIM - Copy someone else's thing and be like someone else. Ape others, copy someone else's sound. Be fake. Also, don't bother talking to other musicians and don't let anyone tell you what to do... Just kidding!! I'd actually say, work hard. I get that this is a bit of a cliche, but it's true. In [dweeb] we gigged our butts off, we gave hours to writing, to promoting the band, even to boring admin stuff. But if we hadn't done that we wouldn't have got half as far as we did. The more time and energy you put in to it the further you'll take it.

TIM - Lovesick by Friendly Fires. Though if I had enough battery for a whole album it would be Kind of Blue by Miles Davis.

What does the rest of 2012 hold for Chaos Curb?

DAVE - Some festivals in the UK and one in Slovakia, some church gigs and hopefully a tour in the Autumn.

Find out more at chaos-curb.com 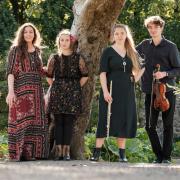 UK based Celtic-Crossover Folk band The Meadows are back with their second album 'Dreamless Days'. Louder Than The Music caught up with this talented group of siblings to find out more about their special brand of music… 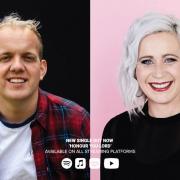 UK Worship Leader and songwriter Luke Wareham is back with his new worship song 'Honour You Lord'. Louder Than The Music chatted with Luke to find out how the song was written, what it was like having Lou Fellingham adding her… 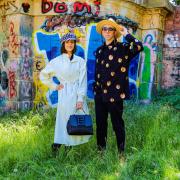 Andrew & Alaina Mack are a brother and sister Gospel music duo based in Berlin, Germany, after relocating from the USA in 2004. As they release their new album 'Sunlit', Louder Than The Music chatted with them both to find out… 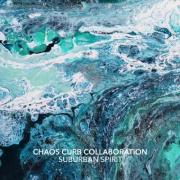 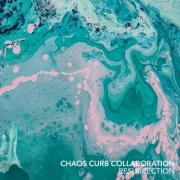 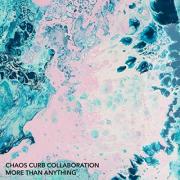