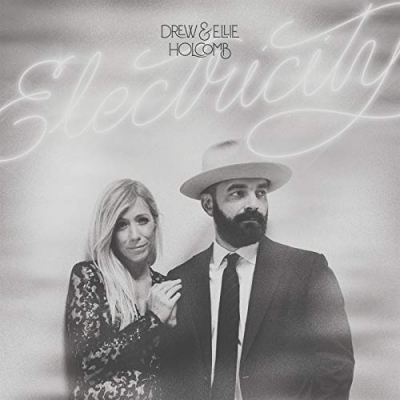 Whether singer/songwriter Ellie Holcomb was spinning confessional tales of romantic heartache during her college years, collaborating with her husband Drew as part of his band, Drew Holcomb and The Neighbors, or penning her personal reflections of God’s faithfulness as a solo artist, this Dove-Award winning artist has always viewed music as the ultimate bridge-builder.

By breaking down walls between strangers in a way that words can’t alone, Holcomb loves the way that lyrics and melody have helped pave the way for conversations with people who’ve often walked through similar life struggles. Somehow, in some unexplainable way, songwriting helps connect people’s stories...
Read More Whether singer/songwriter Ellie Holcomb was spinning confessional tales of romantic heartache during her college years, collaborating with her husband Drew as part of his band, Drew Holcomb and The Neighbors, or penning her personal reflections of God’s faithfulness as a solo artist, this Dove-Award winning artist has always viewed music as the ultimate bridge-builder.

By breaking down walls between strangers in a way that words can’t alone, Holcomb loves the way that lyrics and melody have helped pave the way for conversations with people who’ve often walked through similar life struggles. Somehow, in some unexplainable way, songwriting helps connect people’s stories together, which is precisely why Ellie has always been drawn to it.

So whether she pursued music as a career or just as an outlet for creative expression and catharsis she knew that songwriting was always going to be part of her life. What she hadn’t expected, however, was the surprising way it would materialize.

After earning a Master’s degree in Education, Ellie settled into a career she loved to pieces, namely teaching middle and high school English. But as Drew continued touring with The Neighbors for more than half the calendar year, Ellie and Drew eventually decided a change was in order. What was intended as a year-long diversion of pursuing music together, however, has now become seven.

In the process of those seven years of touring, Ellie began writing her own songs. They were often inspired by the lives of those they encountered on the road, at Young Life camps, and by their community in Nashville.

The first song that Ellie ended up recording, “The Valley,” was written for several people in her life who struggled with depression. “It’s a song that came from praying Psalms 23 and 69 over these friends’ lives,” Ellie says. “And it cries out, just like David did in the Psalms, for God to rescue and restore.”

It’s also a song that she and Drew started singing when they would volunteer at Young Life camps in summers, and it seemed to resonate with a lot of people.

When talking with one of the young women Ellie wrote the song for, they realized they had something in common that would end up shaping the core of Ellie’s future ministry. Despite how far they’d both come in their respective faith journeys, they still found themselves prone to believing so many of the world’s harmful lies.

“When my friend talked about all the lies she’d been believing, I realized that I believed a lot of lies, too. I thought about a lot of the people that I know and have met on the road, and there are lot of us who get caught up & paralyzed by lies, and it made me really mad,” Ellie remembers.

“I realized that it wasn’t enough to just acknowledge the lies. We desperately need to hang on to the truth,” she continues. “God’s word is alive, and it’s powerful, and He calls it a sword, so my friend and I started memorizing scripture together. We called them our ‘fighting words.’ Slowly, but surely God’s word started shifting things around in our souls. It started changing us. It gave us

something solid to hold onto as we fought off the lies, and I began to understand that God’s promises are true. His word does not come back void.”

This realization of the power of God’s word lit a fire in Ellie. She says, “It made my heart beat fast.” And this is precisely what made her want to start weaving scripture into her songs. “I love sitting in God’s word and letting music come out,” she shares. “It feels extravagant and it’s become one of my very favorite things to do.”

Inspired by these encouraging promises, Ellie recorded and released two EPs full of songs based on the Psalms and other scriptures, Magnolia EP and With You Now. Even with zero dollars spent on promotion, the response to these two EPs was remarkable in a way Ellie never saw coming. They both hit #1 on the iTunes Christian/Gospel charts.

After releasing both EPs, Ellie says that she “cried joy tears for about a week just dreaming about how God would encourage people through His word in the songs.”

Now with her first solo effort, As Sure As the Sun (Full Heart Music), Scripture is, once again, intentionally at the forefront of all 10 tracks. Written before and while Ellie was pregnant with her daughter, she says her hope is to refresh and encourage weary and wounded hearts.

The title track is the beautiful reminder of how God’s mercies are new every morning, the emphasis on being truly known, warts and all, while truly being loved by God in “Marvelous Light.” With the enduring promise of how God turns our weeping into dancing in the aptly titled “The Broken Beautiful,” Ellie’s clear vision for uplifting the weary and wounded who need a reminder of who God is and how He loves them has already been connecting on a deep level.

The proof of that connection runs deep as As Sure As The Sun was nominated at the 2014 GMA Dove Awards for Best Pop/Contemporary Album. She walked away that night with a win too, as she was crowned New Artist Of the Year.

“I love writing songs about truths that I forget so easily who God is, who I belong to, what I’m called to,” Ellie shares. “Speaking that over myself and other people is something that I want to be doing for the rest of my life.”

“When I think about what I want to be doing, it’s singing truth into the darkness. Life is hard, and I’ve walked through some heart-breaking things with friends. But when we’re walking right up to that darkness with God’s truth and light and life, there’s a sense of hope breaking in. I want to help encourage the wounded and weary in our church pews, that’s what I want to be a part of.” 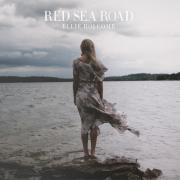 2014 Dove Award winning New Artist of the Year Ellie Holcomb has just released her second album, 'Red Sea Road'. LTTM caught up with Ellie to ask her about the album and her thoughts on music in general. Tell us a little bit… 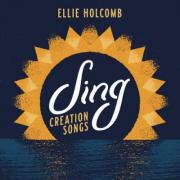 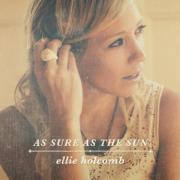 I have been blown away by the vocals of Ellie Holcomb and her new album which is titled 'As Sure As The Sun'.   This album is Ellie's debut full-length solo effort, but this album is not her first release. Ellie recorded and… 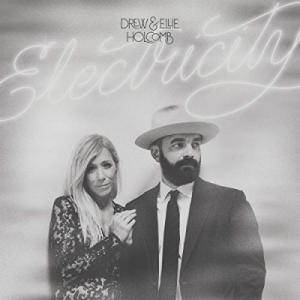 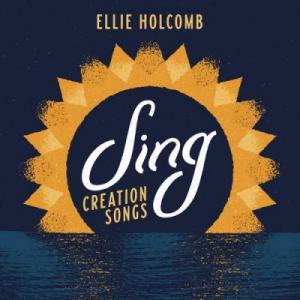 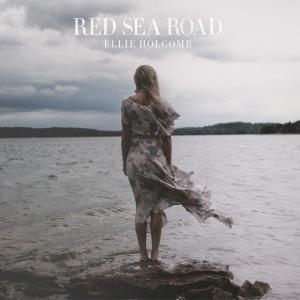 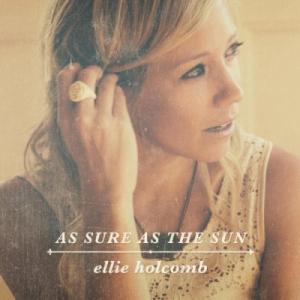