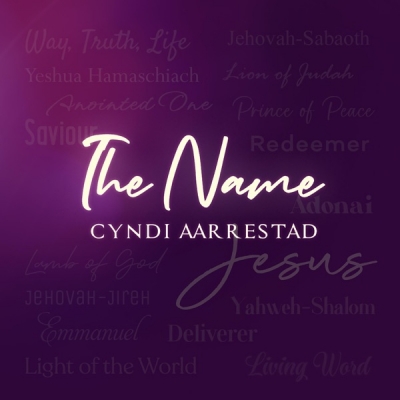 Cyndi Aarrestad, a singer/songwriter living in Northern Saskatchewan, Canada, has released an EP titled 'Offerings', but this is by no means her first recording! Louder Than The Music set out to find out more about this prolific songwriter and get her thoughts on making music.

My name is Cyndi Aarrestad and I am a singer/songwriter, wife and mom living on a farm in North-Central Saskatchewan, Canada. I grew up in a home that was always filled with...
Read More Cyndi Aarrestad, a singer/songwriter living in Northern Saskatchewan, Canada, has released an EP titled 'Offerings', but this is by no means her first recording! Louder Than The Music set out to find out more about this prolific songwriter and get her thoughts on making music.

My name is Cyndi Aarrestad and I am a singer/songwriter, wife and mom living on a farm in North-Central Saskatchewan, Canada. I grew up in a home that was always filled with music, with a family who loved to sing and play multiple instruments. We sung at church functions and at senior’s homes at a young age. I started writing songs at age 14 and to date have written about 2,100 songs, including many customized for special events, such as weddings. I simply love to share my God-given gift of music, letting others tune in to my spiritual journey through listening to the songs that flow out of my life experiences and walk with God, and so, recording songs just grew out of that.

Tell us about your new EP 'Offerings' and what the inspiration behind it was?

After 26 recordings, “Offerings” is the first one I’ve had professionally done. For years, starting in my late teens, I recorded albums at a friend’s home “studio”, mostly just to get the songs down and share them with family, friends and my church. They started out as very low-tech, with many of the sessions taking place over a week-end with me teaching up to 20 songs to my musician friends and then immediately recording them live! The technology progressed over the years, and we made a total of 11 albums this way, learning as we went. Eventually, I was set up with some recording software and a mic, and ended up making 15 CD’s at the computer desk off my kitchen! It was a huge learning curve for me, as I am not the most tech-savvy person, but was grateful for the chance to share the music. Last spring, my brother connected me with a talented musician friend who runs a studio, and we began working on “Offerings”. We decided to do it as mainly a demo highlighting several different genres, and redoing some favourites from over the years. It was fantastic working with Steve Wingfield, and hearing him transform the songs with his incredible musical and engineering skills.

It’s hard to choose, but I think my favourite is “Everything Within Me Cries”. It’s the only previously unreleased track, and I absolutely love the arrangement Steve came up with. It was completely different than the demo I sent him, and not at all how I anticipated it to sound, but it just captures my emotion and heart so well. The song was written shortly before I was to choose what to include on the album, so I feel it was meant to be!

I would like people to receive a message of hope and encouragement, and the joy of praising and serving Jesus Christ. Everything I am and have comes from Him, and I want to be faithful to share what He has entrusted to me. I am called to be an encourager and a prayer warrior, so I hope that comes through. Prayer is absolutely essential to my song-writing…and a clear indicator of my time with the Lord, so if I’m not in communion with Him, the music isn’t flowing!

I find it difficult to describe my musical style…I usually call it simple worship/inspirational/southern gospel/country gospel/folk. There’s even a little bit of Messianic praise thrown in! I love to share the songs God fills my heart with. Many times I find inspiration in a line from a message, what someone shares, a verse, while praying or praising, or from some life experience. I draw heavily on scripture in most of my songs, including many simple choruses taken directly from God’s word. My musical influences are mainly P & W, older CCM and a rich heritage of hymns. I grew up listening to Keith Green, Andre Crouch, the Imperials, Steve Green, Steven Curtis Chapman, Michael W. Smith, Amy Grant, Twila Paris, Maranatha and many others, and still enjoy listening to some of them as well as many of the new worship singers like Chris Tomlin, Paul Baloche, Matt Redman, Kari Jobe and Phil Wickham. I also really enjoy some of the newer acappella groups, like Pentatonix and Home Free, as well as the musicals from many of the kids movies.

Wow. There would be many I would love to work with! I think Michael W. Smith or Chris Tomlin. I love the fact that MWS was influencing me as a young person, and that my young adult children still enjoy him! He is such a skilled writer and musician with a heart for worship. And Chris Tomlin has such a gift for bringing worship to new audiences and drawing hearts to God in praise & thanksgiving. I have actually never collaborated with anyone writing, so would absolutely be thrilled to have an opportunity to do that.

For me, I would define success as simply being faithful to do what God has called me to, and living a life that glorifies Him. I want my legacy and my songs to point others to Jesus Christ, and to encourage people to be drawn closer to Him. My journey of sharing music has been frustrating at times, because of lack of resources, limitations of locale, etc., but my desire has always been to share what I’ve been given with whoever will listen, trusting God to open up the doors when and where He chooses. With all the changes to how music is distributed, and being able to have songs available on various sites, it’s been so rewarding to hear from people around the world who have been impacted by these songs, and it never ceases to amaze me that I can be heard, even from out in the middle-of-nowhere! I would be so thankful to expand the reach of my music, as I truly believe it can minister to many more hearts.

I don’t know if I can actually answer this question!!! There are so many albums that I could choose from! Sovereign by MWS is one I really like. Also Chris Tomlin’s How Great Is Our God: The Essential Collection. And… too many others… And don’t get me started on Christmas music…

Another almost impossible question to answer! I’ve always said to my family that I don’t think I could ever pick just one favourite song. Honestly, when I’m alone, I’m mostly praying and singing new songs, so if I was stuck on an island I would probably be singing a new prayer song asking God to rescue me!!

I truly have no idea what the next year will hold! Among all the everyday things, like enjoying an active lifestyle, outdoor activities, youth group, gardening and woodworking, my plan is to continue making more music and spending a lot of time in prayer. I am actually just wrapping up a new CD, called “The Name”, which is another self-recorded release that will be coming out soon. All the songs on it focus on the name of Jesus, and the power and authority it contains. I would absolutely love to do another CD with Steve sometime, and I am most grateful to my brother, Gene, for making this one possible. For now I’ll just keep writing and singing, because God keeps filling my heart with His praises, and He is worthy!

My husband, Dennis, and our children are so important to me, and so vital to everything I do and am. I cherish the simple life we have, even with all the challenges it brings, and I am excited to see what road God has ahead for us. There’s a lot of uncertainty in our world right now, but I know He alone is in control, and He is working His purpose out in all of us. 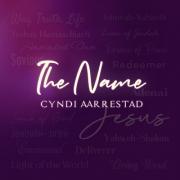 Cyndi Aarrestad, a singer/songwriter living in Northern Saskatchewan, Canada, has followed up her recent EP 'Offerings', with a brand new album titled 'The Name', available now. Describing the inspiration behind the album… 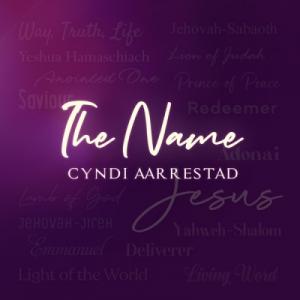 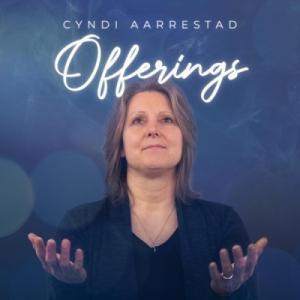